Book Review: A Ha’penny Will Do by Alison Huntingford @ahuntingford9 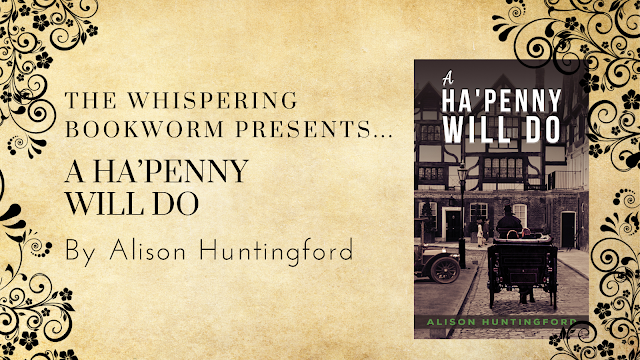 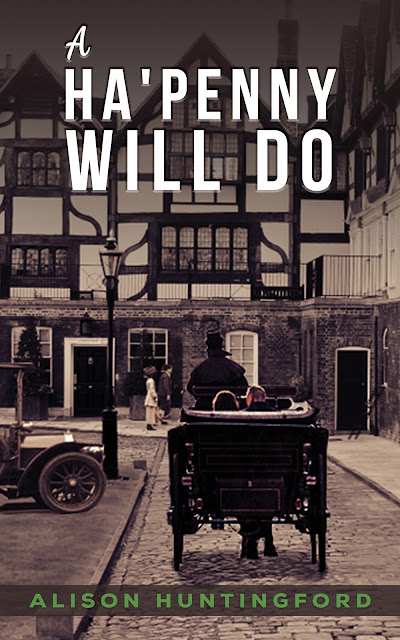 Three members of one family are linked by their struggle to survive poverty and war at the turn of the century.

Kate, a homesick, lonely Irish immigrant, dreams of being a writer.  After difficult times in Liverpool she comes to London looking for a better life.  Hoping to escape from a life of domestic service into marriage and motherhood, she meets charming rogue William Duffield.  Despite her worries about his uncertain temperament, she becomes involved with him. Will it be an escape or a prison?

Fred is a restless elder son, devoted to his mother yet locked in a tempestuous relationship with his father.  War intervenes and he secretly signs up to serve abroad.  Is his bad reputation deserved?  What will become of him?

Joe, too young to sign up for WW1, is left to endure the hardships of war on the home front and deal with his own guilt at not being able to serve.  He starts an innocent friendship with his sister-in-law which sustains him through hard times.  Will he survive the bombs, the riots, the rationing and find true love in the end?

These are their intertwined and interlocking stories recreated through the medium of diaries, letters and personal recollections, based on the author’s family history covering the period of 1879 – 1920. The truth is never plain and rarely simple.

This novel is a fresh and compelling look at life for the working-class poor in England at the end of the Victorian era.  Covering issues such as the struggle for home rule in Ireland, the hardships of domestic service, marital strife, the suffragettes and the horrors of World War 1 on the home front and abroad, this is a realistic and gripping tale which keeps the reader involved in their human plight all the way.

A deeply moving novel that bring the past back to life.

This book intrigued me when I first heard about it, and so when the author offered me a copy of the book so I could read it, I jumped at the chance. I do so love books that follow the family lives of real people from the past, and this one had an added bonus – the people depicted in this novel are related to the author. The people she has written about not only have come back to life within the pages, but there is an added sense of the past being not so distant as it can sometimes feel. These people might have lived over 100 years ago, but their family is still living today, and this book is proof of the clear connection between the past and the present.

Kate is a very easy character to like. She tries her best at everything, even though life seems to have it out for her. She is young, and alone in a new country, trying to make her way. When she meets Will, she sees the attention as a way out of a boring, lonely life, but there are warning signs from the very start that Kate simply can’t see because she doesn’t know to look out for them. Will does not want her to spend time with people other than him, and makes her feel bad for choosing to do what she wants, rather than what he wants.

Kate and Will’s relationship takes up most of the story, although I can’t really call it a relationship. Will is a bully, first and foremost, but he is also manipulative, violent, and only really thinks about himself. I absolutely hated him, throughout the entire book. He is so incredibly mean, especially to Kate, but also to their children. It was, at times, difficult to read, for he spares no thought to how young his children are, or whether they are safe, he only cares about what he wants, and whether or not Kate is getting it for him fast enough.

I really liked the diary layout of this book, especially with how it allows for time to pass, and gives Kate a way to talk about everything going on in her life, when she doesn’t have anyone she can actually talk to. The whole format has been done wonderfully, I really felt like I was reading someone’s diary. If you, like me, enjoy reading novels that follow real people from the past, this is the one for you, but I will say, there are some truly upsetting moments, and the domestic violence Kate and her children suffer takes a forefront in the novel. 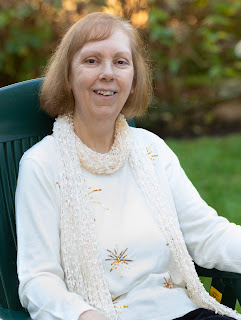 Alison Huntingford has a degree in humanities with literature, and has always enjoyed reading, especially, the great writers of the 19th century.

She is an only child of two only children and so has always felt a distinct lack of family. This has inspired her to research her family history and most of her writing is based on this. Her debut novel, The Glass Bulldog, was published in 2019, and was nominated for the Walter Scott Prize for historical fiction. This is her second full length novel, although, she has also written several short stories.

In her spare time, she enjoys spending time with her husband and their pets, listening to music, going to the cinema, and gardening.  She lives in Devon, on the edge of Dartmoor. 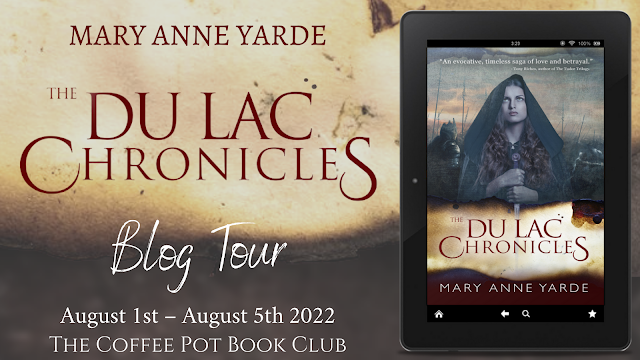